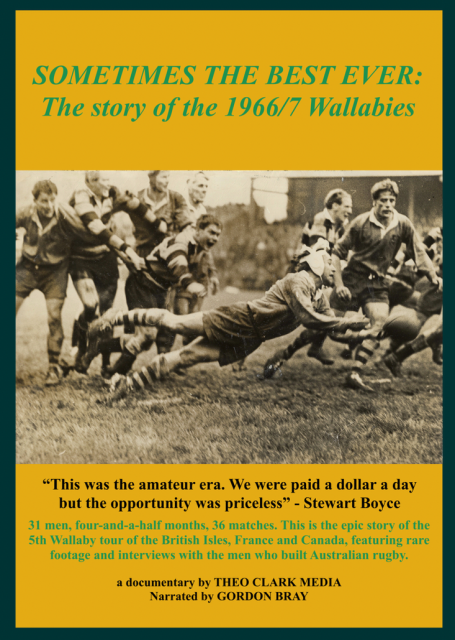 SKU:
A$50.00
A$50.00
Unavailable
per item
The epic story of the 5th Wallaby tour of the British Isles, France and Canada, featuring rare footage and interviews with the men who built Australian rugby.

No Wallaby side had ever beaten Wales and, at the start of a gruelling four-and-a-half month tour, the press gave this Australian side no chance. But when Waltzing Matilda rang out in full chorus from the Cardiff crowd, these men knew they had a date with destiny. They were the 5th Wallabies - and sometimes... they were the best ever.

This DVD shows all the drama and excitement of a Wallaby tour in rugby’s amateur heyday, and tells how a generation of players lit up the world stage with their football, forged life-long friendships, and then helped mastermind Australian rugby success for decades to come with the foundation of the Australian Coaching Panel that lead to World Cup glory.