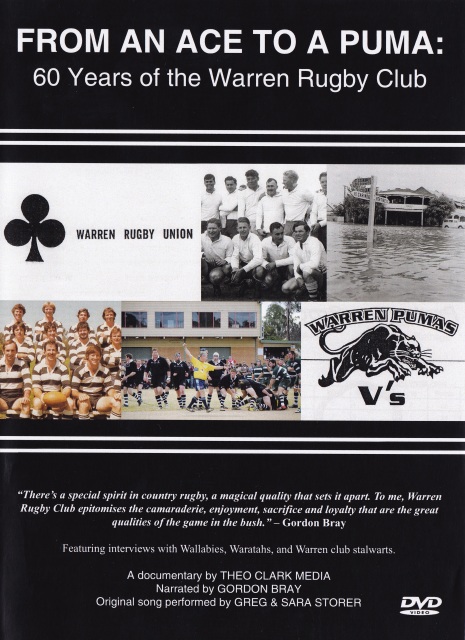 SKU:
A$50.00
A$45.00
A$45.00
On Sale
Unavailable
per item
This is the story of the Warren Rugby Club of the western plains of New South Wales - a place of droughts, floods and vast distances, where it takes a special bond of mateship and community just to field a team on a Saturday.

Narrated by Gordon Bray, the film includes reflections from Wallabies, Waratahs and Warren clubs stalwarts, and celebrates the spirit of a bush rugby club - from its foundations and the visit of the All Blacks in 1957, to the Saturday odyssey of bus trips to bush towns like Bourke, Cobar and Brewarrina in season 2014.

Follows the Warren Pumas on their barnstorming run for the Grand Final in 2014. Will the Pumas "get the gong" and win the Western Plains Rugby Competition in their 60th anniversary year? The only certainty is... they'll have a bloody good time trying.